CNC machines from CMS are processing centers with several appli­ca­tions for many indu­stries where many large-scale subjects are processed with high precision. Whether you chose a 3‑, 4‑, or 5‑axis solution, you can optimize your production with a CNC machine from CMS that can handle several tasks during one processing.

Do you already know who to contact?
All Brands

Gibotech is one of the leading suppliers of CMS’ CNC processing centers and we deliver to cust­omers in the Danish market and to selected inter­na­tional cust­omers who require a combi­nation of CMS’ technology and Gibotech’s know-how and equipment for auto­matic handling of subjects relating to the machine. Our own know­ledge and compe­tencies help the customer get the best solution – every time.

CMS Industries has speci­a­lized in the production of CNC controlled processing centers, machines for thermal molding, and water jet cutting. With the extensive selection of solu­tions, CMS Industries can meet the demands in a wide range of busi­nesses, including:

CMS supply special custom-made solution where you e.g. can choose between multiple types of controls and many sizes of electronic spindles from 5,5 kW – 32 kW.

At the same time, CMS has a product program that ranges far in regards to the size of the subject that the customer wants to process, depending on the chosen type of CNC machine and the customer’s requirements.

CMS was founded in Northern Italy in 1969.

CMS has an annual turnover of 140 million Euros.

CMS is an acronym for Costruzione Macchine Speciali. 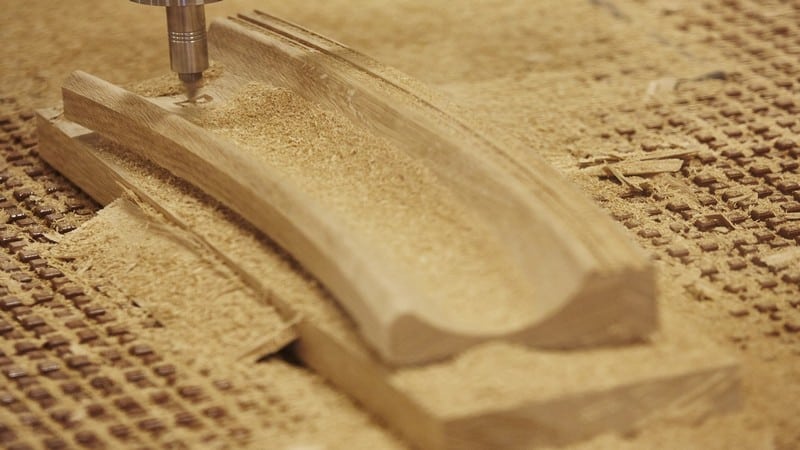 A part of SCM Group

CMS is a part of SCM Group that coor­di­nates, supports, and develops indu­strial perfection at three highly speci­a­lized productions centers with more than 3,500 employees all over the world.

The company CMS was founded in Northern Italy in 1969. CMS is an acronym for “Costruzione Macchine Speciali”. Since the foun­dation of CMS in 1969, it has been the company’s goal to produce machines with high productivity and extreme accuracy. This has resulted in high satis­fa­ction among the customers.

In 1974, CMS built their first machine center to meet the indu­stries rising demands for automation. In the following years, CMS primarily focused on the wood processing industry, which resulted in CMS being the world leader in the deve­l­opment and production of custom-made processing centers, today.

At the beginning of 2000, production and processing of composite mate­rials became more common, espe­cially in the navy and aerospace industry. CMS found a market where their CNC machine could fit into the production of molds and stencils for the manu­fa­c­turing of composite parts with only a few changes.

CMS is and has always been the epitome of effi­ciency, precision, and high productivity.

Gibotech has been an exclusive distri­butor of the machines from CMS for more than 30 years, and the CMS machine can help a wide range of companies make time and quality more effi­cient – and with Gibotech’s expertise and guidance, you are sure to get the right solution for the right price.

You can read more about CMS on their website.

employees across the world